"Ghana president says 'no' to troops in Ivory Coast", PARAIT-IL, ET POUR CAUSE ! 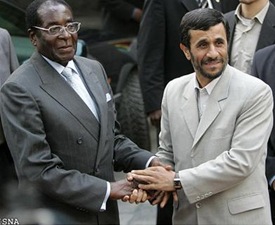 Cotonou, Benin (PANA) - The Beninese government, UNICEF and Ecobank have launched a crusade against sex tourism that targets children aged aged 8-17, off icial sources told PANA here on Thursday.
In the seven-day crusade, participants will be trained on children's rights, sexual tourism, its forms and effects on the children.
The participants will visit several tourist sites and will be sensitized to the importance of tourism in the development of the national economy.
After the crusade, participants are expected to spread the awareness of the dang ers of sex tourism among people, including children and parents.

Yayi Boni’s Rule What A Bloody Period of Terror

Another man killed By Presidential Guard!

Yayi Boni’s rule is a period of terror to Benin people. The bloody crimes committed by President Yayi’s guards are unprecedented in the political history of our country.

During the period of the Revolution, there use to be a minimum of respect of human life. Today the presidential guards can shoot easily any innocent person, like a mere goat, without no scruple, nor lawsuit.

Once again a citizen has been shot dead by the presidential guard today The dramatic event occured on Konrad Adenauer Bridge of Cotonou. On Tuesday 17, 2009 around 5 PM local time, the presidential procession, was coming from Sèmè-Podji where Boni Yayi has been to a political meeting.

According to witnesses, the vehicle of Yayi Boni has left the motor-guards behind. The victim knowing not that the preocession was a presidential one crossed the way. Hardly had he finished crossing the road that he was reached by a salvo of shootings. And  the poor man died on the spot.. (…)

After the killing occurred in Ouidah a few months ago where two moto-taxi drivers lost their life under savage presidential guards shootings, without no lawsuit so far; the killing occurred at Adja-ouère where gendarmes killed five unarmed peasants, and the events of Karimama where polices coolly and without being worried, eliminated the life of an activist of the G13 political group, here is the turn of another innocent citizen! Who will be next on the list? are we inclined to ask ! Only all mighty God has the final word.

News From The States : Obama Meets With McCain in Chicago 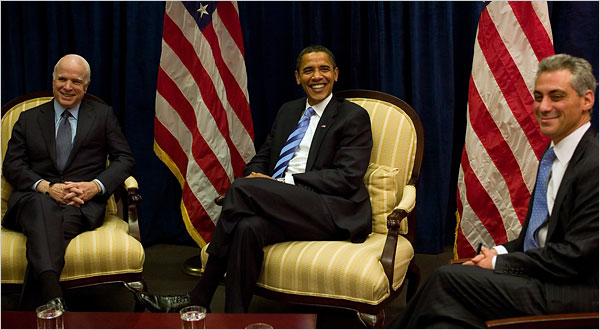 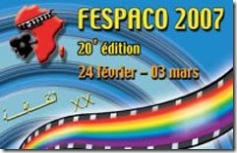