FROM the moment it was clear that Barack Obama was going to be president, people who have dedicated their lives to changing how America eats thought they had found their St. Nicholas. 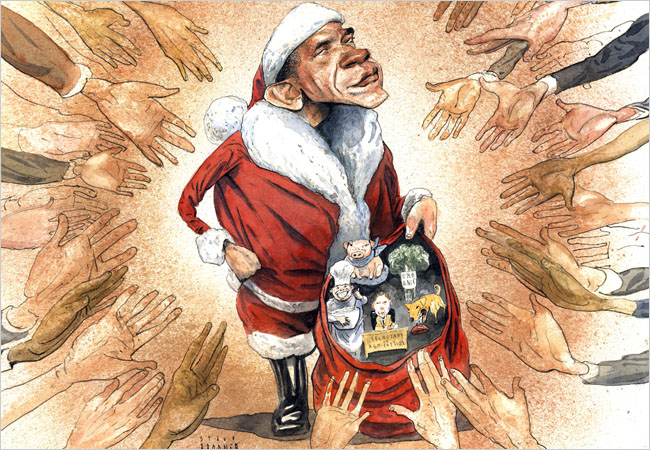 In the final weekly address of 2008, President-elect Barack Obama calls for the season of giving to also be a season of common purpose and shared