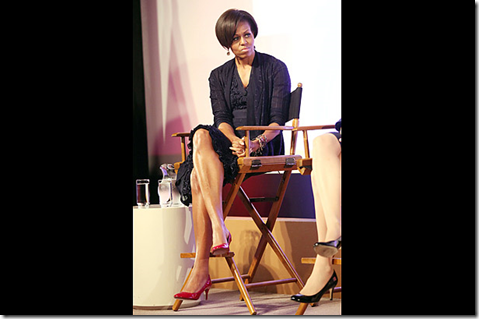 A New Look
Michelle Obama attends a Writers Guild presentation for military families on June 13, 2011. At the presentation, the First Lady sported a shorter hairstyle and bold patent-leather shoes 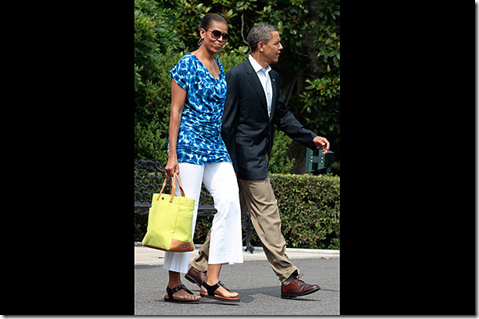 Budget-Friendly Style
Michelle Obama wears a Gap dress as a shirt on June 10, 2011. The $30 dress sold out within days. 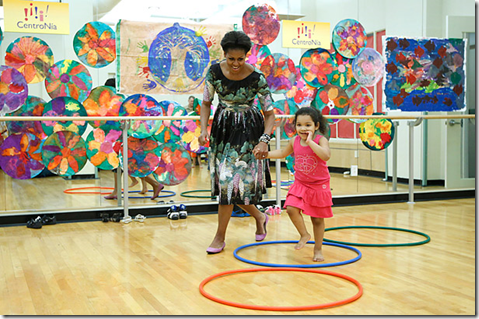 Hula Hoop Fun
Obama, in a floral frock and pink ballet flats, plays with a young girl on June 8, 2011. 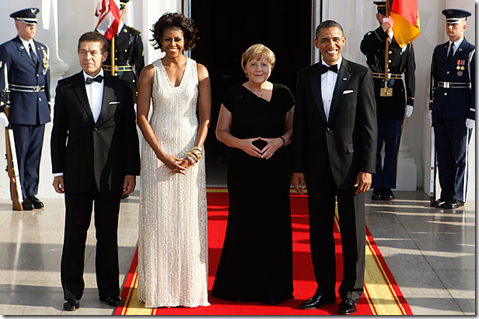 Glitz for Germany
On June 7, 2011, Michelle Obama wore a sleeveless, embellished cream gown by Naeem Khan for a state dinner with Germany. The First Lady previously picked Khan for a dinner hosted for India in 2009 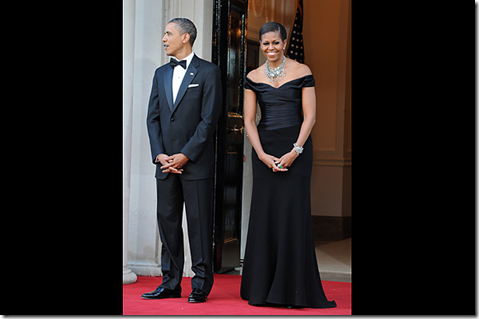 For a dinner with Queen Elizabeth II on May 25, 2011, Michelle Obama picked a black satin Ralph Lauren gown, which she accessorized with a chunky necklace. 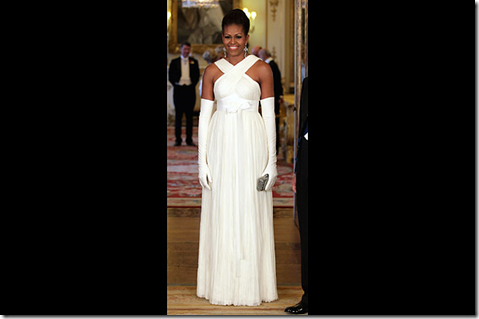 A Royal Affair
Obama channeled Audrey Hepburn in this white Tom Ford gown at another dinner with Queen Elizabeth, held on May 24, 2011. It was her most regal look to date.

Meeting the Queen, Take Two
Obama rebounded beautifully in her second meeting ever with Queen Elizabeth, on May 24, 2011, opting for a green Barbara Tfank dress and bright pink shrug. (In 2009, her cardigan and skirt pairing appeared too informal for the occasion.) 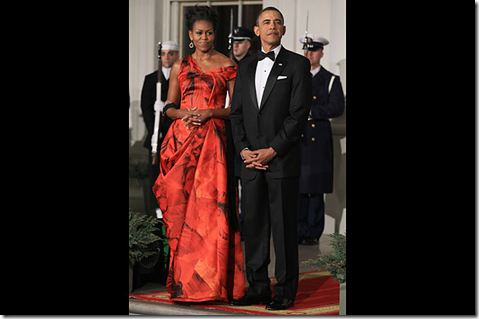 All Hail McQueen
Obama chose a stunning silk gown designed by Sarah Burton for Alexander McQueen to wear a state dinner for China at the White House on Jan. 19, 2011. But as good as she looked, she was criticized for wearing a foreign designer to an official dinner. 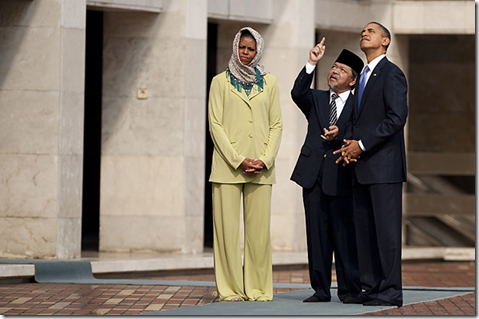 Covered Up
In accordance with the occasion, Obama toned down her look with a conservative suit and headscarf during a visit to Istiqlal Mosque in Jakarta on Nov. 10, 2010. 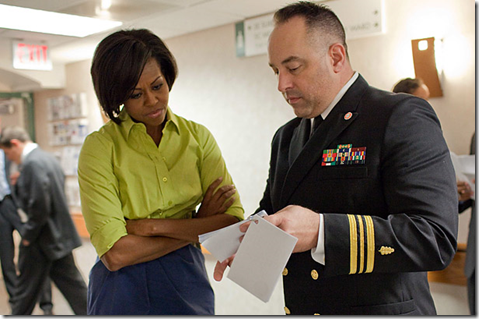 Toned Down
While visiting injured members of the military at Bethesda Naval Hospital in Maryland, Obama kept it crisp and casual in a button-down shirt and skirt.