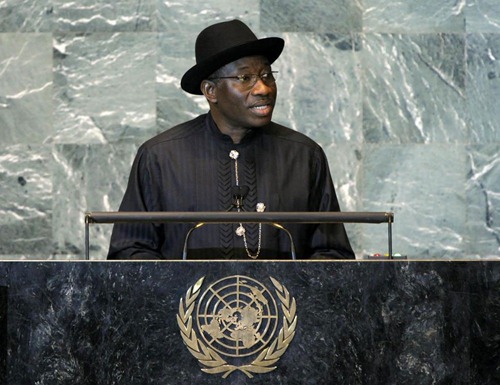 Maternal health, piracy and security across West Africa have topped the agenda during talks between Secretary-General Ban Ki-moon and Nigerian President Goodluck Jonathan.

Mr. Ban encouraged Mr. Jonathan, who is the current chairman of the Economic Community of West African States (ECOWAS) to remain engaged in helping countries in the region facing security challenges, such as Côte d’Ivoire and Liberia.

The two officials – who met yesterday on the sidelines of the General Assembly’s annual general debate – also exchanged views about the fight against piracy in the Gulf of Guinea as well as global efforts to improve the state of maternal health, according to information released by Mr. Ban’s spokesperson….