Nigerians out in force for vote, Jonathan ahead 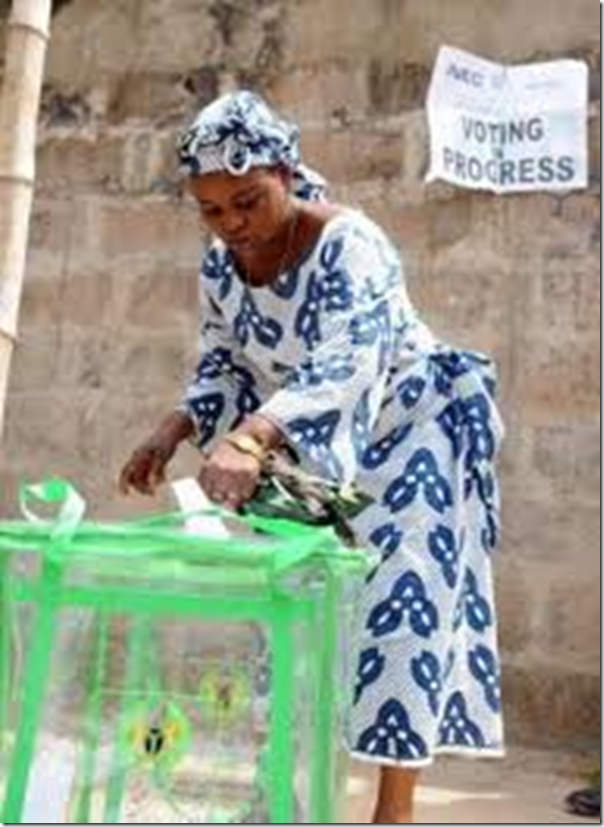 ABUJA (Reuters) - Tens of millions of Nigerians voted on Saturday in the most credible presidential election for decades, with very early results from a handful of polling stations showing President Goodluck Jonathan ahead.
From the tin-roofed shacks of the Niger Delta, where Jonathan cast his vote, to the dusty alleyways of Daura, the northern home village of his main rival, ex-military ruler Muhammadu Buhari, voters came out en masse.
In the sprawling commercial hub of Lagos, where many polling stations finished early, voters stayed on to watch the count, shouting out the total as polling agents tallied the ballots.
"The politicians should know if they don't perform they are going to be voted out," said businessman Ahibuogwu Brian among the populous lagoon-side shanties of Makoko. "The electorate now know we have the power to chose our leaders."
The polls pit Jonathan, the first head of state from the oil-producing Niger Delta, against Buhari, a northern Muslim with a reputation as a disciplinarian.
Results from around a dozen polling units gave Jonathan a comfortable lead in Lagos, where his ruling party performed weakly in parliamentary elections last week. It was a similar story in the Niger Delta and parts of the southeast….