COTONOU, Benin — It started as a tip between friends, an unheard-of chance to pile up riches in a poor land. How could you go wrong with a good-works company, apparently tight with the government, promising interest of 50 and 100 percent, maybe even higher ? 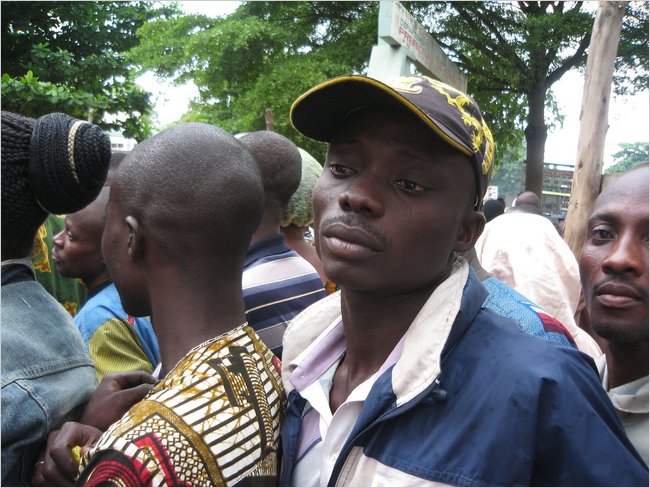 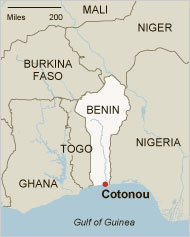 The “investment” was a Ponzi scheme that has ended in disaster for tens of thousands of families on this sliver of the West African coast, wiping out savings, shaking the economy and threatening the president in a nation of nine million that has long been a regional exemplar of stability.

Parliament is demanding his impeachment, high officials have been forced out, and crowds of small savers up and down this Pennsylvania-size land of rich traditions but limited means are demanding restitution.

Benin, birthplace of historic African kingdoms, is on edge. Last week, dozens of fraud victims massed outside the prefecture here in the country’s bustling economic capital. They pressed up against the fence, anxious, angry and insistent that because they had seen pictures of President Thomas Yayi Boni, himself a former banker, alongside officials of the company, called Investment Consultancy and Computering Services, they assumed that it must be legitimate.

Officials estimate that there are between 50,000 and 70,000 victims, with losses of perhaps $180 million — a big sum in a place where most subsist on less than $2 a day and breadwinners have extended families counting on them.

“No family has been left untouched by this,” said Gustave …