« Rectify the ``Changement'' | Accueil | Is the Beninese Press affected by the Syndrome of the violated Woman? »

WHEN THE VODÚN CALLS AGAIN 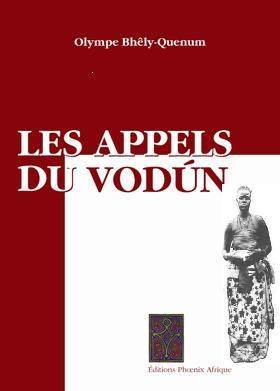 A new edition of “THE CALLS OF THE VODÚN” Of Olympe BHÊLY-QUENUM is scheduled for July 2007. It is not a reediting work of 1994 as such; this new edition coming after failure by editor to take into account the corrections proposed by the writer. A failure that would lead to a breach of contract and a legal settlement in favour of writer...
Without any doubt this new edition is a literary event of great importance; and a meaningful cultural gesture. As a matter of fact, here is below what Willfried F.FEUSER  was saying about the 1994 edition of the work:

“No writer has ever been able to depict the Vodoũ rites in this way because they are unaccessible to the uninitiated and locked in an esoteric, coded language. Thanks to his background, his upbringing in a traditional African environment and to the fact that he is himself the son of a Great Priestess of Vodoũ, Olympe Bhêly-Quenum compresses the seventy years of the life-time of a Vodoũ priestess into the four days the ceremony lasts : her initiation, at which she had been “mounted and possessed” by the Vodoũ, her activities as a priestess, a chorus leader, and a Great Priestess ; as a business woman, a mother and wife in the circle of her husband and her five co-wives.
We witness the meetings of the initiates in the convents, their processions through Ouidah, and their highly structured Vodoũ dances in which the language of the drums plays a compelling rôle. The shifts of scene from Cotonou to Ouidah, to Segboxwe and Aziouto, allow us to see a teeming crowd of characters, of scenes or sequences from daily life in Southern Benin. But the centre of the action is Gléxwé, i.e, Ouidah, the crucible of Vodoũ and an ancient slave port in the Gulf of Benin, which is described in minute detail and shown with its many Vodoũ convents squatting around the Cathedral of the Immaculate Conception.”

As for me, I red with much interest the first edition of the novel. I kept it in good place on my shelves and take pleasure occasionally in advising its passionate reading if not attentive study to my friends. From this deeply moving work I kept the feeling of a source of emotions, facts, gestures, body techniques, information and linguistic enrichments. Beyond the success driven by the novel, and as would do any sound Babilownian, I am very curious to know the orientation and reasons of this new edition, thirteen years after its first publication.

There is a saying that the Vodoũ scarcely call twice. So thank you Mister Olympe BHÊLY-QUENUM to make it an exception in providing all lovers of African culture and literature with the opportunity to listen to them once again.